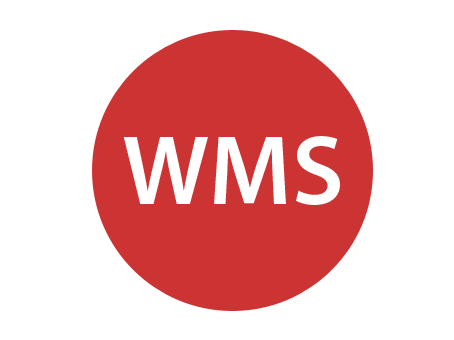 I do strongly believe your problem is wiring related or ecu problem. Can you check out main engine control relay fuse 1 (25amp)feeds base
terminals 1 & 3 relay removed this relay is then earthed to ecu pin no cf1. Hth Regards Mickeybo
* Why I’m not seeing 12v at the brown fuel pressure regulator plug on the high pressure pump. I have about 0.5v at key on.
* Why are the injectors not activating? Is this a knock on effect of the above? Pressure sensor on the common rail shows 0.5v, this is the correct pressure reading is it not? Therefore injectors should fire?

I’ve been checking the earth on the black relays, the one closest the engine, at key on, pin 2 has a good earth very low impedance, pin 5 is reading 1500Ohms,

the next black relay adjacent by comparison pin 2 has very low impedance, so does pin 5, looks like could be an earthing fault on pin 5?

Since Pin 1 is powered all the time, would it be safe to connect pin 5 to pin 2 to bond their earths?

Sold mine in the end without fixing it,i did ask the bloke who bought it what it was and he said it was the injectors

1. Check that your fuel regulator is working and that the regulator plug/wire is fine. You should measure just above 10V on key turning then drop below 10 a little.

Try to connect 11-12V on the regulator from a power supply…you should hear it ticking often.
2. If 1 is fine, you need to check if the pump is pushing fuel or not. You can start from removing the regulator,

turn the starter for a second and see if diesel comes out of the regulator place (if yes, low pressure pump is pulling diesel)
3. Put back the regulator. After that, you should check the high pressure part (if not the pressure sensor is faulty).

Loosen one pipe from the rail or injector and try to start for a second, if diesel comes out.
4. If you have the pipe down, and have some tools to connect on the rail and make some pressure to test if the pressure sensor is working,

its good to do it. Look at the PC if the figures change. The high pressure part on the pump has two valves, input and output,

and then can be stuck/worn. If you have any pressure that you should see it on PC, even if less then required. When no pressure…pumps broken.
5. if pump is working then the injectors aj leaking too much, this was my case.
Also please check if the fuel temperature sensor is showing reasonable temperatures. This can also lead to not firing up an engine.

Should be around the outside temp.

you need to purge the system. prime the pump with the primmer bulb on the fuel filter.
pump that for a few mins, spray a little easy start into the air feed and try get it to start then
As asked earlier, have you actually got diesel at the injectors? You can prime with the bulb all you like but if there’s air between the pressure vessel and the injector pipes it will not fire.

Also, manual cracking will not generate enough pressure to self bleed an airlock which is why you need to open all the feeds and crank until you get fuel flow before closing them up.

If its a Delphi system and you’ve been forcing air thru the injectors they *may* need servicing to as they can lock up.
did you clean the injector bores out before reffitng the injectors? And torqued down to 30NM?
Imo if its not injectors , it’s valve timming/clearances. Ie an exhaust port not closing properly

Clean contacts on battery positive fuses (three in red box, don’t look like fuses but are).
Big one feeds starter, smaller ECU and UCH.
If corroded and high resistance, can cause above situation.

Have also heard of seemingly good starters doing this on an otherwise good system.
But old and tired battery is starting to seem like a reasonable call so check what voltages you have.

I found the intake temp was reading -40 C -40 F. So possibly overfueling? It’s at least 10 C out today. Tried cleaning the sensor but still the same.

Few hours later, out of coincidence unplugged egr and it fired up, plugged it back in but was a he’ll of a knock on the top end, really loud if you revved it.

Let it tick over for a while, noticed that at that point my minis coolant take had burst, I was not in a good mood, and done something that could have ended badly.

I think you call it an Italian tune? Took the clio up the road and not lightly, came back, knocking has gone and all seems ok, still a bit unsteady on idle though.

Assuming its running OK after it starts, I’m wondering about a dodgy earth lead.
As said, low voltage of the battery alone but once alternator charging, voltage picks up??

Starter cranking over drops available volts. High resistance connection further drop volts.
Electronic feeds to controls don’t always have the power to punch through on start up but can when alternator is pushing an extra couple of volts into the system.
Loosening earth straps a touch, just enough so you can waggle the joint and re tightening is simple, quick clean.
On older cars, dirty or corroded connectors can also cause issues. Again, unplugging checking and replugging can cure power feed faults.

Thanks there is a bbreak in the circuit somewhere.
Probably a break in the wire between the C A S and the ecu

You’ll probably need to replace the starter motor,this is a common fault on the Renault Dti.The worn starter interferes with the flywheel sensor signal.
David Davies

Is worth checking the feed from battery to fuse board. Has a large fuse link. Poss has hairline crack.causing a high load imp. to the starter circuit.

As quick test try puttting 4 awg cable to alternator B+ term and + of battery, that will by pass link.

Measure the resistance of the crankshaft sensor, it should be between 150 & 1500 Ohms. If it’s outside of these figures then replace it.

If it’s not then measure the voltage from it when cranking. It should be 0.5ACV and rising……

had same problem-won’t start even hot,but starts easily with bump start; a Renault mechanic told me of the starter “flux” but as the starter was only 6 months old,

i was doubtful.as an experiment ,i isolated the engine management system from the main battery,using a 12 volt bike battery for the ecU-she fired up

try to convince the starter supplier to exchange under guarantee!! what fun!